The U.S. military may finally be coming around on the question of women on the front lines.

In 2013 U.S. Secretary of Defense Leon Panette rescinded the ground combat exclusion policy for women following a unanimous recommendation of the Joint Chiefs of Staff.  The armed forces were to outline their process for having gender neutral occupational standards for all frontline positions by the 1st of October 2015.  Defence had until the same date to request exclusions for roles that they did not believe were suitable for women to serve in.

On September 30th military leaders presented their recommendations to the House Armed Services Subcommittee on Military Personnel and Defense Secretary Carter in a confidential briefing.

In the 1940s the U.S. military faced similar debates regarding black service personnel. Arguments regarding unit cohesion and operational capability were the most prominent against integration of white and black personnel. With the power of hindsight we can see those arguments for what they were – scare tactics intended to keep the military segregated. 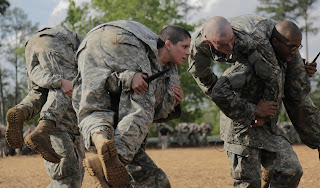 The same arguments have returned today. At the command of Secretary Panetta the U.S. Army underwent a two year study to develop gender-neutral standards for specialist roles currently closed to women.  The success of this standardised approach was demonstrated recently when two women graduated from the gruelling Army Ranger School.

There have been vocal critics of allowing women to attempt the Army Ranger School course.  Some claim the standards were lowered for these women.  This was adamantly denied by the Army at the Ranger School Course graduation ceremony.  It was hotly denied again by the Chief of Army Public Affairs who described the allegations as "pure fiction".

These allegations are unlike to settle down any time soon.  A Congressman has requested service records of the women who graduated to investigate "serious allegations" of bias and the lowering of standards by Ranger School instructors.

This incident reveals the depth of scepticism regarding women’s ability to serve alongside men within some quarters. The standardised approach has dismissed the issue of operational capacity – the other arguments against female service are equally weak.

The potential for women to be captured and raped has been raised by opponents of women serving in combat units.  This discussion ignores the sad reality - women in defence are much more likely to be sexually assaulted by their own troops than by the enemy.  The 2013 DOD report into sexual assault in the military found that whilst women make up 14.5% of the U.S. Military, they make up 86% of sexual assault victims within the military.  Of the 301 reports to the DODO of sexual assault in combat zones in 2013, only 12 were by foreign military personnel, meaning that the vast majority of sexual abuse victims in combat areas were abused by their own comrades, not the enemy.

Sexual abuse in the military has been a problem for decades.  Why would it increase if we allowed women in combat?  Rape of captured soldiers has also not been limited to women.  Many men have also been sexually assaulted on capture. Sexual assault in this sphere is not about sexual desire and gratification - it is about power over and denigration of your enemy.

The second argument suggests women in combat units will affect unit cohesion.  First, "the boys" won't be able to be themselves. And second, if a woman in injured in battle, men will be unable to focus on the mission and instead will be driven to protect their female colleagues.    The first argument raises a question about military culture.  Why is behaviour considered inappropriate around women tolerated at all?  The second argument is insulting to currently serving soldiers, whose professionalism and commitment to the mission is questioned by such claims.

Soldiers overcome a ranger of powerful instincts in a firefight - including to protect their own lives.  To suggest soldiers would ignore the mission in favour of some other goal undervalues the extent of military professionalism. 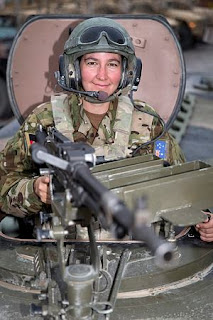 There is also an elephant in the room.  Women have been serving in combat roles for years - as pilots, on ships, as interpreters and in female engagement teams.  For these women a decision regarding the position of women in combat is irrelevant - they are already on the front lines.

The Australian situation sits in stark contrast to that of the US. Gay & lesbian members have served openly for a decade, women have been fully integrated into combat units since 2013 and the ADF now actively recruits transgender personnel.
Australia has been able to integrate women, gay, lesbian and transgender soldiers into combat units without affecting operational capability.

Now that Defense Secretary Carter has been given the recommendations of his service chiefs, he will have to make a decision regarding the integration of women in to combat roles. A decision is expected before the 1st of January 2016 deadline.

The Defense Secretary is the judge and jury on this decision that will affect hundreds of thousands of U.S. female military personnel. Hopefully he will follow the advice of his Chiefs of Staff and allow military personnel to serve in all roles in the military according to universal standards, regardless of whether they have X or Y chromosomes.

This article was originally published on  The Ethics Centre blog.