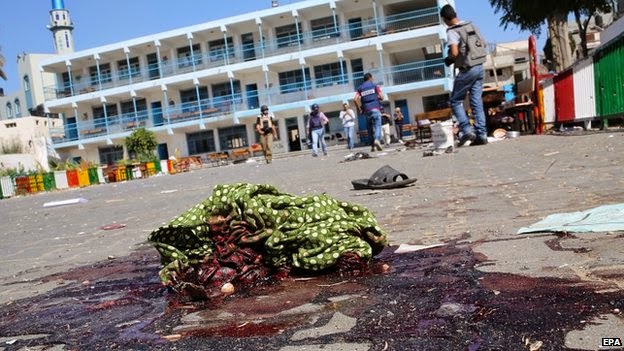 Because of the work that I do, I read a lot about war, and sometimes I read about conflicts as they unfold, however the current situation in Gaza stands out for me because of the amount of comment that is being passed by officials from the UN, who are normally staunchly diplomatic and often silent (running the line that it is better to say nothing at all, than say the wrong thing).  This new willingness by UN officials to pass comment may be because Israel has been targeting hospitals and schools run by the UN (the UN even gave the coordinates to the Israeli Defence Force,).


The latest attack on a UN school was at the Beit Hanoun Elementary School, which had been designated as a UNRWA Emergency Shelter, so was full of families attempting to flee the fighting.  The UNRWA staff had given the coordinates to the school to the IDF on 12 occasions, the latest being 3 hours before the attack – they gave the coordinates to the IDF in attempt to protect the school and the civilians inside it, not for the IDF to use it as an aid for their targeting of the school.  http://www.unrwa.org/newsroom/official-statements/statement-unrwa-commissioner-general-pierre-kr%C3%A4henb%C3%BChl


Some other news
-          The UN Human Rights Council has established an “independent, international commission of inquiry to investigate all violations of international humanitarian law and international human rights law in the Occupied Palestinian Territory”.  The UNHRC also called to an end to “violence against civilians wherever it occurred”, in Gaza, in East Jerusalem, and in Israel (as a result of rocket attacks from Gaza).
http://www.ohchr.org/en/NewsEvents/Pages/DisplayNews.aspx?NewsID=14897&LangID=E


-          There is no where for Palestinians in the Gaza strip to flee to for safety, especially when UN emergency shelters are being bombed.  Residents of the Gaza strip are unable to seek refuge in another country – because of the Israeli blockade of Gaza in 2010 British Prime Minister David Cameron called Gaza an “open air prison”.  Even during relatively peaceful times, it is almost impossible for Gaza residents to travel in to Israel, and the border with Egypt was only open for 17 days so far this year.  Residents are unable to leave by sea (as Israel restricts boats to three nautical miles from Gaza), and there is no airport in Gaza for residents to leave by air (and Israel controls Gaza airspace).  All trade across the borders are also severely restricted, making it most of the population in Gaza dependent on UN & Hamas food handouts, and making it difficult to get food, building supplies and other materials in Gaza.  this has led to the creation of the tunnel system across the border into Egypt.
http://www.nytimes.com/2014/07/21/world/middleeast/havens-are-few-if-not-far-for-palestinians-in-gaza-strip-seeking-refugee-status.html?_r=0 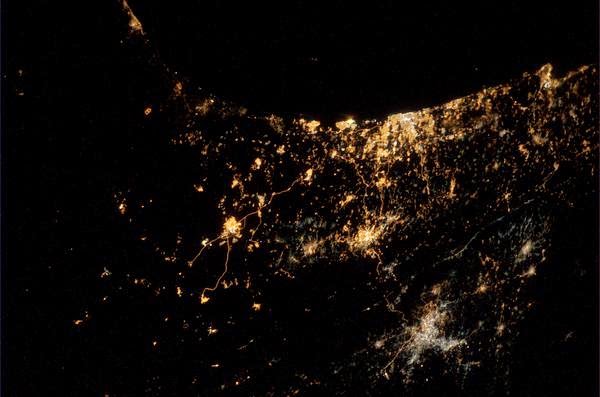 Photo Credit : Alexander Gerst
-          German Astronaut Alexander Gerst has tweeted a photo he took of Gaza at night from the International Space Station, saying “my saddest photo yet.  From #ISS we can actually see explosions and rockets flying over #Gaza & #Israel  pic.twitter.com/jNGWxHilSy”