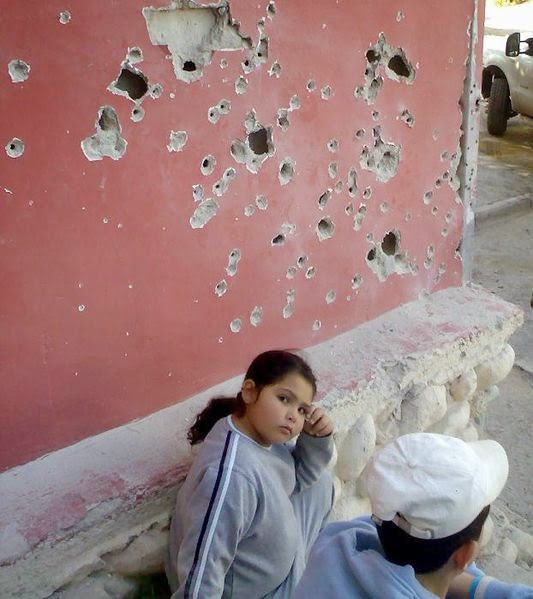 Currently Israel is undertaking Operation Protective Edge in the Gaza Strip.  This began on the 8th of July with airstrikes and artillery shelling, with the operation moving to a ground incursion on the 17th of July.  The Israeli and Palestinian situation is complex and controversial, and I do not wish to enter into that debate (but there is a short discussion of the situation on Wikipedia here http://en.wikipedia.org/wiki/Gaza%E2%80%93Israel_conflict#2014 ).  However, I did want to highlight the concerns about the high toll being taken by civilians (including children) as a result of Operation Protective Edge.
United Nations Relief and Works Agendy commissioner, General Pierre Krähenbühl (who is based in Jerusalem) issued a statement on the 14th of July, stating that “All indications are -and I find this particulary dramatic - that women and children make up a sizable number of victims of the current strikes. I am equally disturbed that people with disabilities are among the victims, reportedly as a result of Israeli strikes.”  http://www.unrwa.org/newsroom/official-statements/commissioner-general-press-briefing-situation-gaza-strip
This was again highlighted on the 16th of July in a statement issued by Under-Secretary-General and Emergency Relief Coorindator Valerie Adams, that she was “extremely concerned about the escalation of hostilities in Gaza and its impact on civilians.”

On the 21st of July The United Nations Office for the Coordination of Humanitarian Affairs issued a statement on the humanitarian situation, that gave the statistics that were behind these statements*.......

The most disturbing thing about this situation is that it currently appears that the Israeli Defence Force is not applying any attempt at discrimination in their attacks in Gaza, and if they are attempting to limit civilian casualties (as is required under the Law of Armed Conflict, and International Humanitarian Law), then they are doing a particularly poor job of it.  If their goal is to make Israel a safer place, to reduce the number of terrorist attacks, then how can killing non-combatants such as children assist in that goal?  Their actions indicate that they are not interested in the long term aim of peace with their Palestinian neighbours (who they have held in blockade since 2007).

During Operation Protective Edge, Israel has encouraged civilians within Gaza to move to areas away from Hamas installations.   This has proven impossible for the people of Gaza for the following reasons :-

-          Gaza is one of the most densely populated places in the world,
-          the population of Gaza are not able to leave Gaza itself due to the blockade, which has been in place since 2007,
-          Israel considers any Hamas installation to be a legitimate target.  The problem with this being that Hamas is not just a military (or terrorist) organisation.  It is the freely elected government of the people of Gaza, and run hospitals, schools, the police force, orphanages, and food distribution centres (90% of the people  of Gaza rely on Hamas and UN food assistance, due to the blockade).
What will be interesting in the coming months, is if Israel is held accountable for their seemingly flagrant disregard for International Humanitarian Law, and the Law of Armed Conflict, or if the USA will again veto any action against them (especially since President Obama does not need to ge re-elected).
*other UN agencies also released similar statistics in the days leading up to the release of this Humanitarian Situation Report.
http://reliefweb.int/sites/reliefweb.int/files/resources/USG%20Amos_Statement_oPt_16July2014-1.pdf   UNOCHA 16 July 2014
http://www.unrwa.org/newsroom/official-statements/commissioner-general-press-briefing-situation-gaza-strip  UNRWA 14 July 2014


A good place to read more about the Gaza situation and what is behind it, this piece on “11 Crucial facts to understand the Israel-Gaza crisis” is a good place to start - http://www.vox.com/2014/7/16/5904691/hamas-israel-gaza-11-things?utm_medium=social&utm_source=facebook&utm_name=share-button&utm_campaign=vox&utm_content=article-share-top 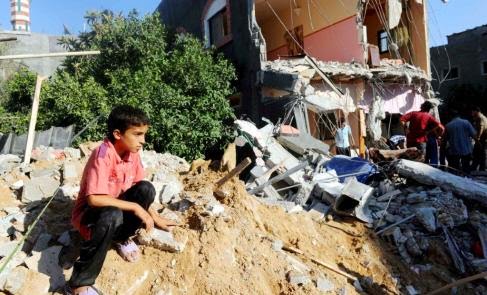 Photo Credit - UNRWA 10 Jul 14 http://www.unrwa.org/newsroom/official-statements/statement-director-unrwa-operations-gaza-robert-turner-unfolding
Posted by did I sign up for this? at 12:59 PM