Pvt Gordon is identified, 70 years after he died 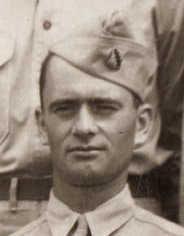 For almost 70 years the family of US Army Pvt. 1st Class Lawrence S. Gordon have not known where their son, brother and uncle was buried.  For many years his mother believed that the Army had lost her sons body after he died when the M8 armoured car he was in was hit with a  German 88mm shell on the 13th of August, 1944, near Carrouges, France (180km south west of Paris).  He was initially identified as a US soldier (his bloody wallet was returned to his family), however somehow was later mistaken for a German soldier (possibly due to the clothes he was wearing under his uniform) and buried in a French war cemetery as an unknown German soldier.  Filmaker Jed Henry began the campaign to bring Pvt Gordon home in 2011 while working on a documentary about his grandfather (Staff Sgt. David Henry) who served alongside Pvt Gordon.


Jed Henry located the remains and formed a research team to identify them, which included historians, DNA experts, forensic dentists, and family members of Pvt Gordon, including his nephew in Alberta Canada (even though he was a Canadian citizen, Pvt Gordon signed up to serve in the US Army, one month after the Japanese attack on Pearl Harbour). 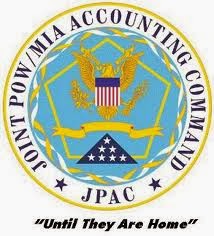 When the US Government's Joint Prisoners of War/MIA Accounting Command (JPAC) refused to exhume and test the body, the German War Graves Commission and the French government worked together to grant joint permission for DNA to be extracted from the skull of soldier X-356, which was then identified through DNA testing to be Pvt Gordon by the French Ministry of Justice.  The family are now having the results verified by the University of Wisconsin before a planned burial in Saskatchewan, Canada, on the 70th anniversary of his death.
Brigadier General Dirk H. Backen, of the German Defense Attaché, wrote to Lawrence R. Gordon (Pvt Gordon's nephew) writing "Eventually, justice has won. My congratulations for showing such honorable commitment, patriotism, faith and courage to walk that long path for your uncle.  He will come home and that is what counts. He fell in a battle against my countrymen, but he did this under a just cause: To liberate Europe from fascism and to restore peace, freedom and humanity. His sacrifice was not in vain."
The refusal of JPAC to test Pvt Gordon's remains raises huge questions about the US government commitment to the policy of "leave no man behind".  Adding to this is the fact that the research and testing has been entirely funded by the volunteer research team and the family of Pvt Gordon.  It cost the team $25,000 to locate, research and test Pvt Gordon's remains.  Currently it is costing JPAC around $1million per soldier identified.  In a possible coincidence to this case, the US Secretary of Defence this week announced an overhaul of the agency this week.  In July 2013, Associated Press released details of an internal audit of JPAC that found JPAC's management was inept, mismanaged, wasteful and corrupt, with a concern that it could worsen from "dysfunctional to total failure", with the average length of time for the JPAC lab to identify remains being 11 years from when they are recovered.
In the USA the identification of Pvt Gordon was seen as a step towards cooperation between government and non-government organisations and volunteers in the recovery of personnel missing in action.  However, this co-operation is not a new way of operating for countries other than the USA.  For example in Australia, Dr Bob Hall, from the Australian Centre for the Study of Armed Conflict and Society (ACSACS) based at the University of New South Wales in Canberra (at the Australian Defence Force Academy), has been running the Operation Wandering Souls project, which aims to return to Vietnamese families items that were "liberated" from bodies or captured on the battlefield by Australian and New Zealand soldiers during the Vietnam war.  Dr Hall is also in the process of compiling a database and virtual map of Vietnamese soldiers killed in battles with Australian and New Zealand forces during the war, to assist in finding the 300,000 Vietnamese soldiers still listed as missing in action.  This follows on from assistance from the Vietnamese in helping locate 6 Australian MIA's, and goes back to Hall's time in Vietnam, when in 1970 he helped a Vietnamese man locate his son who had been killed and buried near a local beach.  (the ABC Foreign Correspondent Program has a video on this project here).  The Australian experience seems to be that of co-operation between government departments, universities, and teams of volunteers can be effective.  In contrast the approach of the US government is that there is no place for volunteers or family members in the search for missing military personnel, and whilst volunteer organisations and projects are keen to share information they have obtained in their search (such as Operation Wandering Souls), JPAC is unwilling to share the information they uncover, as they "are not the source or archive" for such information - that they would dismiss information that they find in their search in this way is truly offensive to the sacrifice that has been made by the men and women that they are supposed to be looking after.  It seems that JPAC has been more concerned with "guarding their turf" (and budget) rather than bringing closure to families of fallen soldiers, and allowing killed military personnel to finally be laid to rest at home.
Posted by did I sign up for this? at 2:37 PM